On Friday 10th March, two teams of Weald gymnasts competed at the British schools national finals in Stoke on Trent. Having trained relentlessly on solo and group floor routines plus vaulting, they were all rewarded with great achievements. The under 16s mixed team had huge smiles as they stepped onto the podium to be handed their bronze medals, coming 3rd out of 16 schools from all around England, Scotland and Wales.

The U16 boys team, Toby Davis, Christopher Lammas and Daniel Lewis came 6th out of 8 in their category.

Well done to all who competed. 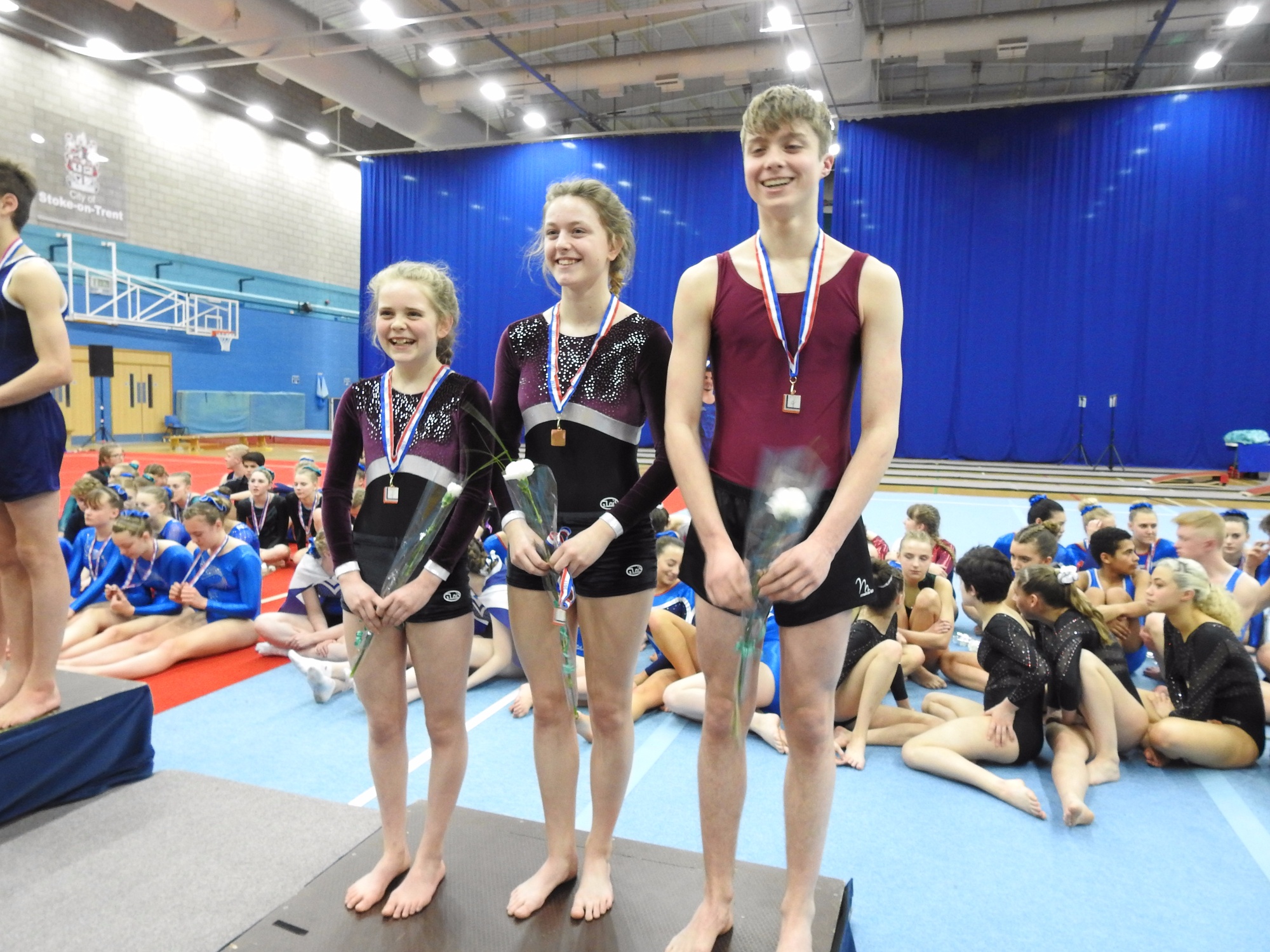