We recently introduced a new award called the 'Shackleton Award' which is based on the ideals that Ernest Shackleton lived by. The new award rewards and recognises the courage, teamwork, resilience or determination shown by an individual over an extended period of time.

The recipients of the first two Shackleton awards were Jasmine Williams-Richardson and Sid Brazil, both in year 8. They received their awards for outstanding contribution across the whole school! 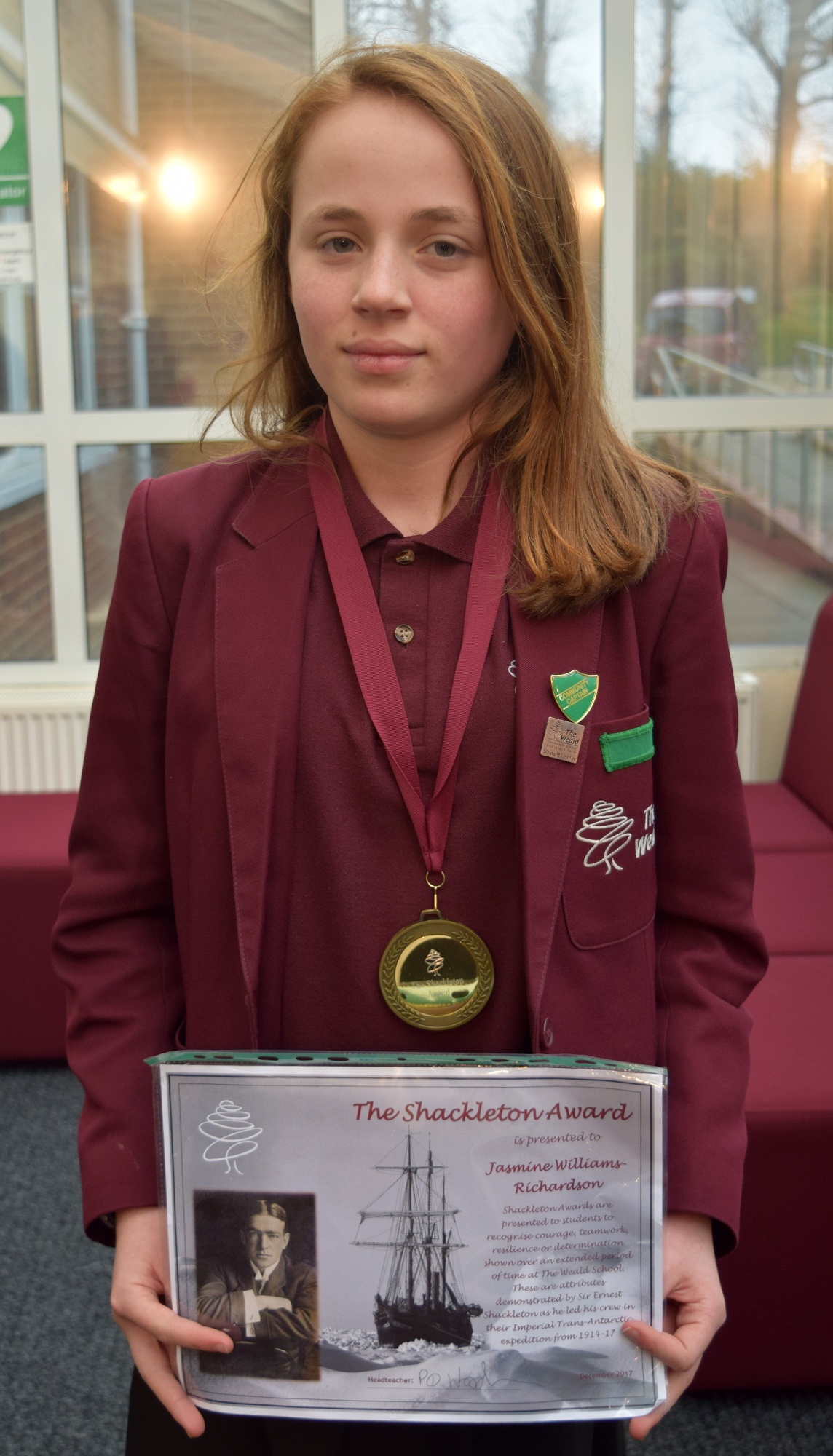 Jasmine played a key role in the organisation of the community Christmas party and was commended for her participation on the day. She was also commended for her efforts in the Rotary club speaking. She has participated in The Weald book awards and young chef competition. On top of this her attendance is very good, she was awarded 99 house points in one term, received thirteen '1's on her report for her attitude to learning and was commended in seven subjects. 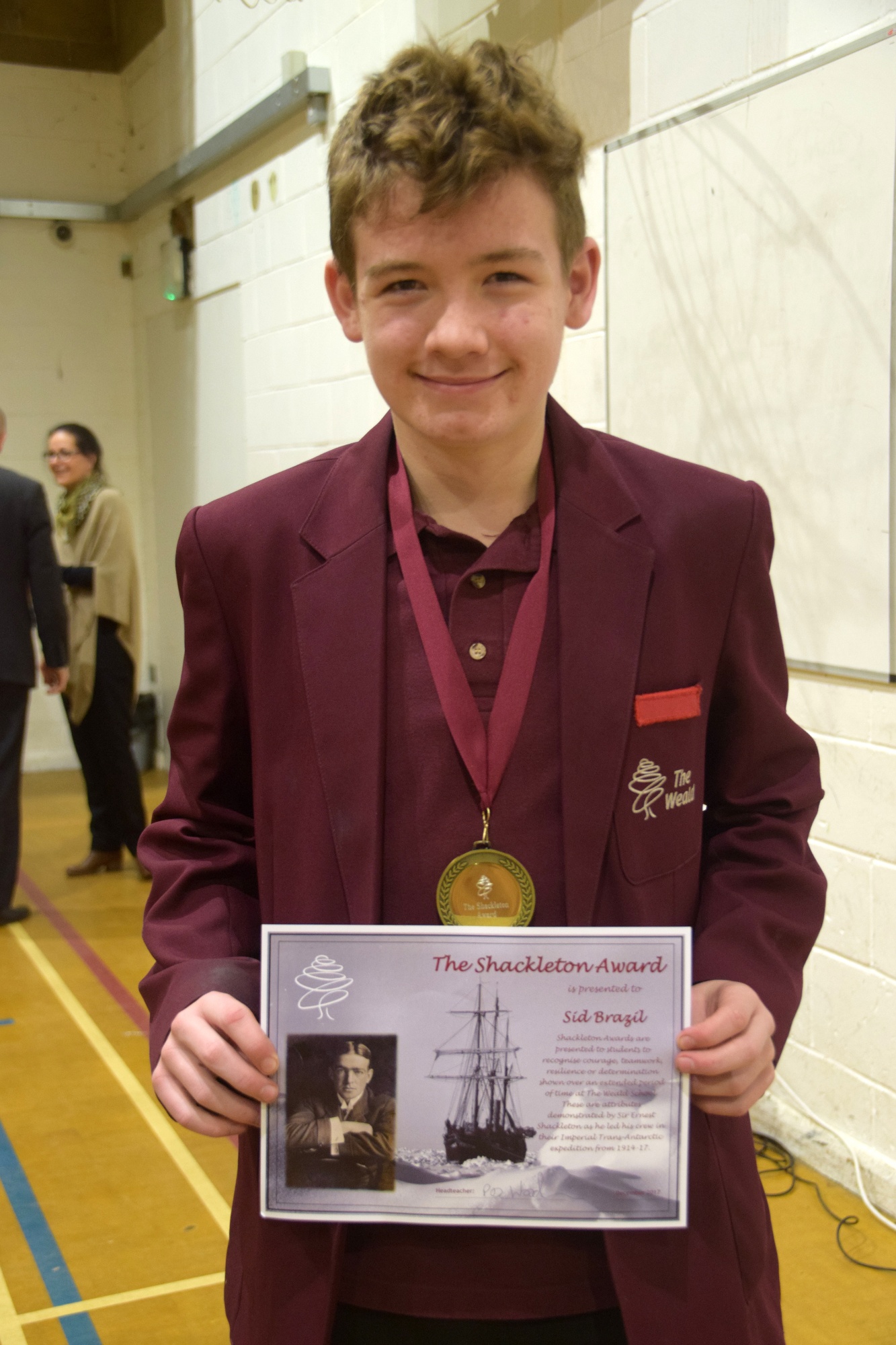 Sid also helped to organise the Christmas party and took part in the rotary club public speaking. He has been a key player in the greenpower car team and participated in many of the inter-house competitions. He has a fantastic record of house points and attendance and outside of school has just become a tae-kwando instructor.

The determination and resilience shown by these two students over the course of their time so far at The Weald is exactly what we had hoped to encompass in this new award. We congratulate both Sid and Jasmine and look forward to their continued contribution to the community during the rest of their journey at the school. Their names will be the first to be displayed on our new Shackleton award board at the front of the school.